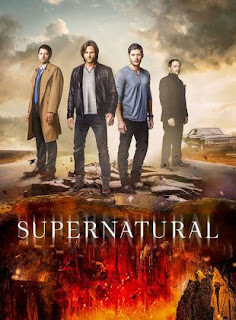 I Discovered Supernatural on Netflix

Well, not exactly. More accurately, I’d heard of Supernatural long before I ever watched an episode, but avoided it. Honestly, I was a loyal Buffy, The Vampire Slayer, Angel, and Firefly Josh Whedon fan who also had decided with zero evidence other than WB/CW cheese/beef cake soap remakes that Supernatural’s popularity must only be due to the good looks of Jensen Ackles and Jared Padalecki.

My arrogant pretentiousness led me to ignore it for about 8 years. Then one day, during a bout of the flu, while searching for something to binge watch during my bed rest, I took the plunge on Netflix, telling myself if it was bad, I lost nothing since I was confined by fever anyway. I was hooked, like so many other fans after the first episode.
I watched every episode and season available on Netflix, and checked out the rest from the library, then watched the episodes as broadcast on TV or via Hulu once I was caught up. I wondered how I could have missed 8 seasons of a show this amazing. I’m still in love 3 seasons later as we enter a 4th year for me, the 12th for the show now beginning Season 12 on Oct 13.

Season 12 Episode One: Nothing Revealed, Nothing Resolved 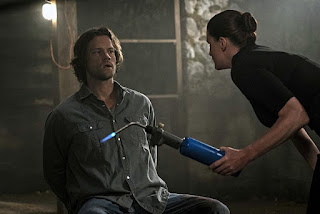 The first episode of the season really doesn't resolve anything from the cliffhanger ending of Season 11. It's more of a reminder of everything that happened at the end of the final episode and a reintroduction to the Supernatural universe for viewers in case some of us didn't binge watch Season 11 just before.

By the end of episode one, Sam is still prisoner in a basement and torture victim of the British chapter of The Men of Letters. Dean still has no idea where he is. Nobody, including Crowley, knows who Lucifer’s new vessel is, meaning what he looks like. And Mary Winchester, yes, good old burned to a crisp Mom, was brought back to life and is herself as far as we can tell. About the only new thing in the entire hour is that Castiel comes back from Heaven after being cast there at the end of Season 11 by Lady what's her face of the BCoMoL when she kidnapped Sam. 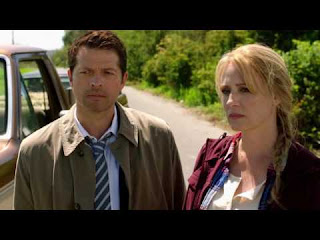 Basically, all things we knew at the end of Season 11. In the hands of even good television writers, this sort of nothing happening would be boring, even to a die hard fan, but here's the thing, Supernatural may be a B grade Horror/Fantasy genre show, but it's a B grade Horror/Fantasy genre show written by great writers who have a deep understanding of how the long form narrative works, how serialized story telling works, and a great abiding passion and love for both the show and it's fans. These things keep the quality of Supernatural consistent and superior year after year, and are why the show continues to last for as long as it has.

How do the writers, producers, actors and others who work on the show accomplish this? They do this by the continuity of characters in the show, and by creating characters who have depth, underlying backstories, and distinct human, relatable personalities that viewers can identify with.

They constantly remind viewers of these traits in every episode or every season by taking the very small amount of screen time it takes to accomplish this. In episode one this is done with just a look on Dean's face in a quick reaction shot after Mary lovingly caresses the backseat of “Baby” which reveals his embarrassment at being reminded that his parents had sex. It's both a very Dean typical reaction and a typical human reaction when we are reminded, even as adults that our parents are human, and therefore sexual beings.
It's even more brilliant as it was communicated with no dialogue and took up mere seconds of the 50 minutes episode time. It's the kind of thing that's missing from other series in the same genre, shows like The Fringe, that should be great given the pedigree of the show creators, but aren't due to the lack of attention to character depth and development and a tendency by network executives to play it safe. Things the Supernatural show creators faced, yet resisted from the beginning by fighting and ignoring them in spite of always being threatened with cancellation every season since.

The episode that really resolves the cliffhanger of Season 11 and serves as an intro for what could come in Season 12, is this one. Finally Sam gets rescued, we learn that Lucifer is Rick Springfield, and we know that the BCoMoL or BMoL because that's shorter, are also going to be an additional villain as we are teased by the mystery of its cleaner, Ketch/Catch. I'm not really sure what the spelling is without access to a script.

We also get a great character moment and reminder of tone with a side of comic relief when Dean gleefully devours pie while others, except dear old Mom, look on aghast. The writers of this show understand when to be serious and when to be funny. Again, these very quick scenes that might be mistakenly cut from other genre shows, are what sets this show far above just about every other show in this genre, excepting maybe earlier seasons of Grimm on NBC.

The next two episodes do something that I’m really happy about. They return the show to its roots by reintroducing the early seasons’ concept of “monster of the week” while relegating the season’s “Big Bad(s)” to subplot and season through line. It's a brilliant move that keeps the series fresh while both tapping into fans’ nostalgia and attracting new viewers by not alienating them with a plot that will lose them if they haven't watched the show from season one. 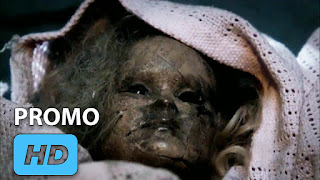 Episode 3’s monster taps into one of my worst childhood fears, Dolls, specifically the idea that all dolls are evil with a creepy haunted doll that seems to freeze its victims to death from the inside. At the same time we’re reminded of the Lucifer “Big Bad” number 1 subplot by scenes of Cas, aka Agent Beyoncé teaming up with Crowley, aka Agent Jay Z, to hunt down Lucifer.

Episode 4’s “monster of the week” turns out to be the mother of a girl with psychic powers who’s imprisoned and tortured her daughter in the family basement which inadvertently causes the deaths of at least two people from stigmata and scrambled brains. However, the BMoL decide via Ketch/Catch that the girl is the monster, and since the BMoL’s solution to every problem is to kill it, he shoots her at a rest stop after Sam and Dean save her and safely put her on a bus. This last scene serves to remind us of “Big Bad” number 2’s subplot. 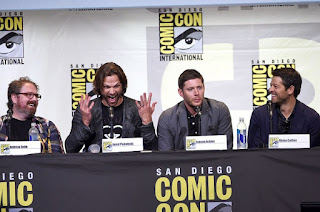 Keeping A Show Fresh For 12 Seasons

Supernatural has staying power for many reasons, including the ones already mentioned above. It's not an accident that this show has inspired such intense loyalty and devotion from its fans, and that those things have earned it its own convention in addiction to regular appearances by cast members and writers at Comicon.

The show’s writers routinely put character development over plot movement, by weighting the breaths between conflicts as just as important, if not more important than story development. Most shows fail at this, and it shows. The time between action scenes just feels like boring filler, instead of time to suture us and allow us to care about the characters because in spite of fighting monsters, they are actually just like us.
Supernatural does this, the writers and actors make us all Sam, Dean, Cas, and Crowley. 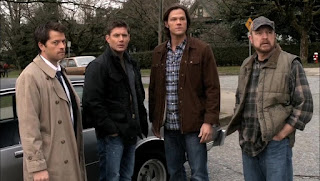 By allowing us characters we can relate to through giving even monsters, demons, angels, and God himself, human qualities and very human emotions and issues, Supernatural becomes much more than just a B grade Horror/Fantasy genre serial. Instead the monsters, villains, and challenges become stand ins for our own real life troubles and obstacles. Plus how Sam and Dean bravely face their fears and challenges each episode, even actively seek out new ones once one is conquered, inspires us and encourages us to both have hope and to face our own. It's this that's really at the core of the show’s popularity with fans, and why it continues to attract new ones with each season. It's also what keeps the cast on the series season after season. What other long running series survives even with changes in show runners? What other series survives this long without at least one main cast member tempted to leave in search of a movie career or just a change? I can't think of one. 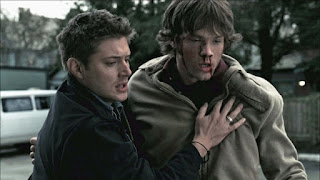 Supernatural has stayed alive for 12 seasons. I hope it's around for many more to come. For myself, I’m excited to see what happens next week. I’m counting the days.