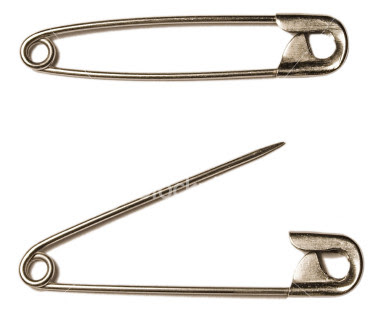 Excuse Me, But What The Fuck People!
It's a Safety Pin! It's not a swastika! Plus last time I checked, those of us left of the extreme right are not happy that Trump won the Presidential Election in the United States, and the Brexit results in the U.K., right? So guess what? Fighting with each other on whether or not it's OK for some of us to wear a subtle visual display of the fact that we are a group of diverse individuals who don't identify as racist, misogynistic, ablest xenophobes, and who come from a multiple ethnicities, races, religions, genders, levels of ability, etc, who didn't vote for Donald Trump in the form of a safety pin, is a complete waste of time.
What we should be doing is mobilizing at the grass roots level, running for office locally, including in our towns/cities, counties, and states. We should be unifying together as a whole right now. All this arguing about safety pins is just helping the “alt-right.” It accomplishes nothing.

Of Course You Have A Right To Voice That You're Offended

I’m not saying that if you're offended, you can't complain. It's just when you complain publicly at the wrong time, it becomes a distraction. It gets used against us.
Also just because you are triggered by seeing safety pins, doesn't mean that everybody is. Just because you view them as a symbol of the myth that guilty white leftist elites think they need to save everybody who isn't white from the evil white racist bastards that have existed throughout history, doesn't mean that's how everybody that isn't white interprets it.
Plus what about women of all races? What about disabled people of all races? What about non-white people who wear the safety pin as a symbol of solidarity? Are they de facto white people now to you by virtue of the safety pins they display which are hardly visible anyway?
What about the fact that the word ally, doesn't always mean “white ally,” but solidarity of people, a group of people or groups or countries that stand together and agree to help each other. That means white men helping black women, sure, but also Muslim women helping disabled Asian men. The safety pins shows that we’re safe with each other. If you notice it on a person regardless of their race, ethnicity, gender, belief system, disability or ability, that they aren't going to attack you, call you names, or turn you in to the immigration authorities.
I’m not claiming that's there's no such thing as “white guilt,” or that there isn't a huge problem in films and other narratives that depict a lone white dude saving a bunch of non-white people, or a group of women, or one woman, etc. Those are real issues. However, Safety Pins aren't necessarily a symptom of those things.

I’m a Gen X punk. As a tween, the first movement I identified with was Punk. One of the visible symbols of Punk is the Safety Pin. It stands for the pulling apart and reassembling of everything. It stands for rebellion, revolution, solidarity, freedom, and anti-authoritarianism. We used it to create our own fashion and style from old clothes that we’d rip apart and put back together. We used it as jewelry. We used a version of it to attach badges to our clothes. Badges displaying the slogans of our beliefs and the Punk philosophy.
To a Punk, the safety pins, hand written shirts, badges and buttons weren't “virtue signaling.” You'd probably get punched in the face if you accused one of us of something like that. To us, although we never coined such useless double speak terms as “virtue signaling,” and “trigger warning,” or “post-truth,” “virtue signaling” was what the elite rich did with their insistence on designer labels, their branding. And as to “trigger warnings,” fuck you! Part of the Punk philosophy is about triggering people, waking people up, shocking people into thinking for themselves. That's what the Safety Pin means.
So you know what, fuck you! This disabled, part Cheyenne female will wear one or more Safety Pins if I want to. If you're shocked or offended, then good. Wake up! Be loud! Run for office! Rebel! Fight! Write! Create Art! Read a book! Do something! Wear Safety Pins if you want!

Annette Sugden is a writer, artist, dancer, actor and the editor of CRAZED! She writes both serious and comic articles on feminism, politics and life as a survivor of abuse and assault, and on being a recovering love and sex addict as well as articles on literature, art and entertainment. She also writes fiction and poetry.
CRAZED! accepts submissions of essays, articles, reviews, fiction, non-fiction, and poetry. We are also always looking for people to interview and material to review. Send queries to Annette Sugden at: teacherpoetannette@gmail.com. Keep in mind the tone and scope of CRAZED! when you submit. It's suggested that people read all past CRAZED! posts before composing their queries.