October: Season of the Witch

CRAZED! October 2016
October:
The Season of the Witch 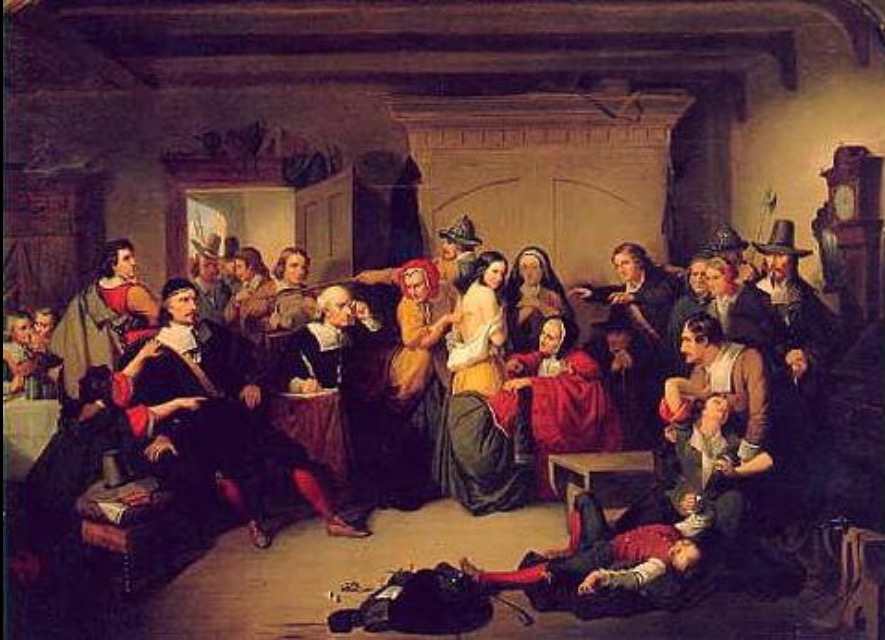 Examination of a Witch by T. H. Matteson, inspired by the Salem witch trials

October should be for the fun type of scary, for costumes and candy, and for watching and telling tales of things that drink blood, eat brains, come back angry from beyond the grave, or who howl at the full moon before turning into beasts. Instead this October we first have Creepy Clown hysteria followed by a real life creepy clown candidate for president bragging about sexually assaulting women, calling it “locker room talk,” and his accusers ugly attention seekers, while publicly condemning the husband of his opponent for committing assaults on women as well because apparently it's ok for him to be a sexual predator since he's a man, but not ok for his opponent to be married one since she’s a woman. In other words we have a real life witch craze going on. 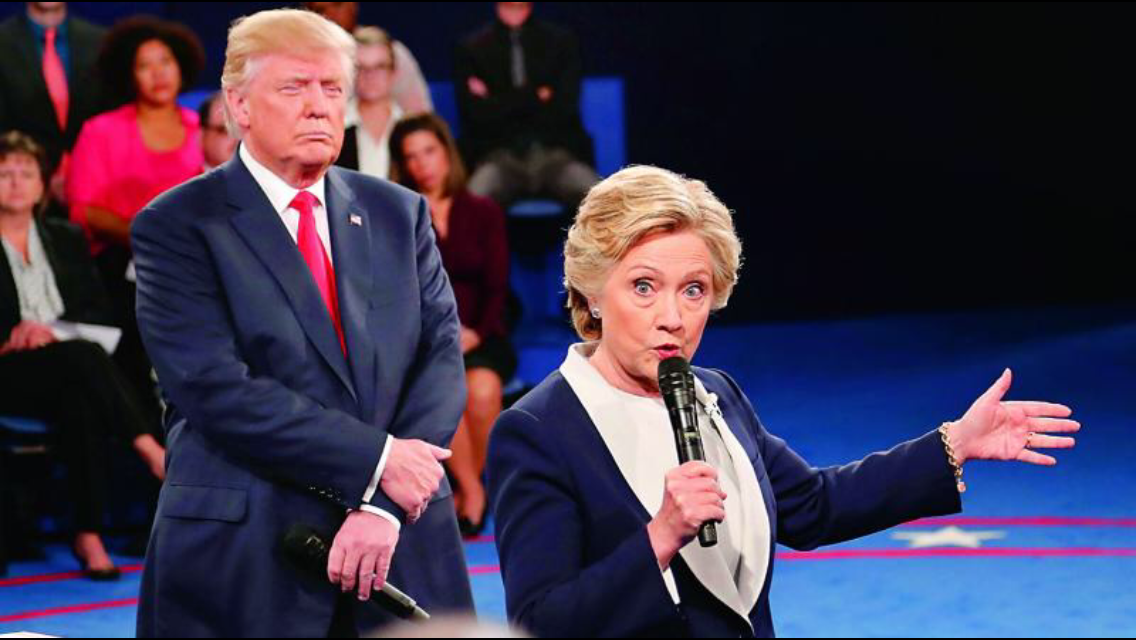 Democratic nominee Hillary Clinton and Republican Donald Trump during the second presidential debate at Washington University on Monday (Photo: AP)
I have to talk a bit about Trump and share a couple of my experiences of sexual harassment before we get back to the original Halloween themed October issue of CRAZED! since this ‘zine has a feminist lifestyle focus as well as an arts and entertainment focus. Plus it's related to our series on sexual trauma and addiction that's on hiatus until November.
I’ve been a victim of various forms of sexual harassment and assault in my life. I can tell you that until recently, I kept very quiet about most of them. Why? I’ll go into a couple possible reasons.
One reason is when I’ve been harassed in my life, I experienced what all of Trump’s and other sexual harassment victims have felt, which is embarrassment and shame, thinking that I must be to blame either for the behavior of the men or because I felt bothered by it. Every guy who has harassed me has been well liked by everybody around me, including often me.
Sometimes the harassment has even been done by men I’m attracted to or have a crush on. Those are the worst because I wonder if I somehow encouraged it by flirting, and simultaneously feel bad because since I like the guy, why do I feel so uncomfortable about getting his attention?
The thing is, sexual harassment is very different from welcome flirting, even saucy banter. There's a huge difference between winking and slight consensual innuendo (key word consensual) among friends and a man saying to one woman about another, “hey, lift up her skirt for me.” That's not banter. That's not funny. And yes, a guy actually said this to another woman, his employee actually, about me. Neither I nor the employee called him out. We both just giggled uncomfortably and slowly walked away.
That's what women do because we feel powerless, mostly because we're socialized to people please and keep the peace. Add any childhood abuse, including sexual abuse, and often we question whether the harassment was harassment and not something we imagined, or worse, we fail to recognize the guy’s behavior as inappropriate at all because it's so normal for us since that's what we’ve experienced since childhood from most men in our lives. Healthy male behavior is what seems off to us instead.
Another reason I and most other women don't report or talk about our experiences with sexual abuse, sexual assault, or sexual harassment is not just the fear we won't be believed, but also that some of us have tried reporting an assault or instance of harassment and haven't been believed by authorities and/or friends. I tried reporting two attempted sexual assaults only to get blamed or laughed at and then turned away by people in authority. One of those instances it was a police officer who refused to file a report. He insisted I was just angry at an ex boyfriend. The assault I was attempting to get help for occurred when a man I didn't know started following me when I was walking home, and got close enough to tell me what he was going to do to me. I ran away screaming help and fire towards a guy watering his lawn at the end of the street.
When I’ve been harassed or assaulted by a man that mutual friends have known, I’ve been told I either imagined it, or in some cases have lost friends who instead took the side of my attacker against me. I suspect in the cases where people turn on victims it's not necessarily that mutual acquaintances of the attacker and the victim don't believe the assault or harassment didn't take place exactly, it's more that they're angry that the victim told anybody, that it didn't stay a “dirty little secret,” because it's a hidden rule in our culture that as women these things are just something we must accept as part of being female, so we don't talk about it. We just literally have to grin or giggle and bear it.
Before I end this editorial and move on to the Halloween themed articles coming in Oct and into the first part of November, I want to say that I know and understand that men can be victims of abuse and harassment too. I don't want to minimize that, but this post and this topic aren't about that. It's ok for women to discuss our experiences with assault and harassment. These discussions don't minimize or deny any similar experiences that some men have been through. Also talking about the men who are abusers, or who are sexual predators doesn't mean that I think most men are abusive rapists and gropers of female genitalia. I don't think that at all. I think most men are actually good guys who are appalled at the kinds of behavior that both Donald Trump and Bill Clinton are accused of, and that Mr. Trump has publicly bragged about on tape. Furthermore if you're a man who has experienced abuse, assault or harassment, I encourage you to speak up, to get help and to write publicly about your experiences if you want to. I understand that the stigma for speaking about sexual abuse and assault for men is huge. Again I'm a woman, and when I and other women write about our own experiences it doesn't take away or cancel our experiences that men have had.
Thanks for reading. Now let's get back to Halloween. 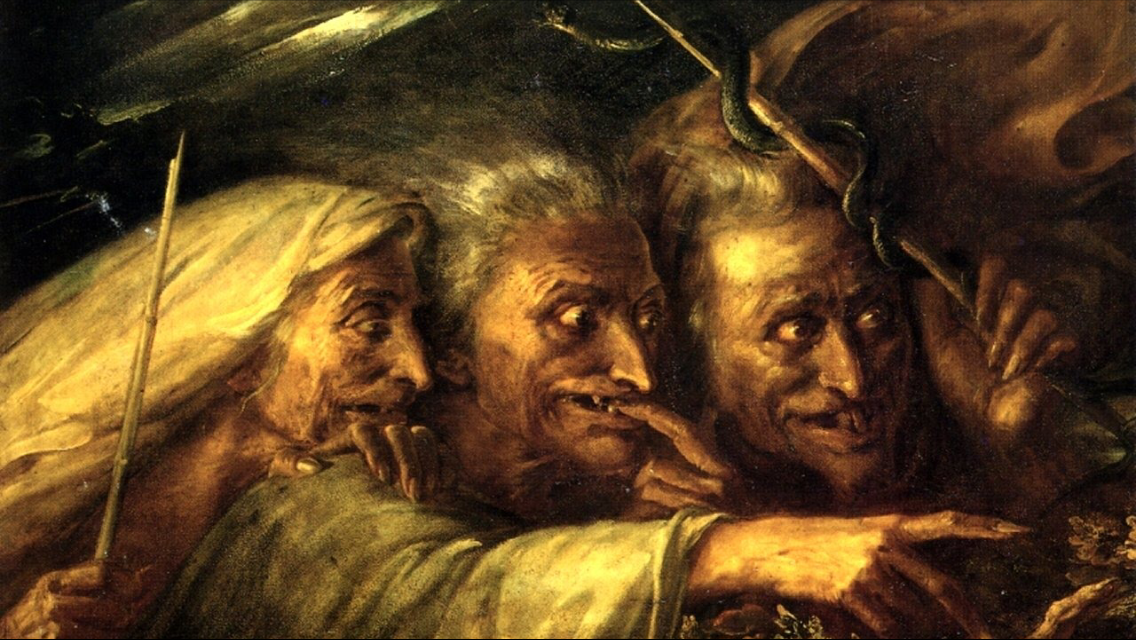 Like the title of the post says, “October is the season of the witch,” so here at CRAZED! we’re going to have lots of posts about stories in film and literature about witches, witchcraft, curses and the supernatural.
Wait. Did we say Supernatural? Yes, we did, and we’re going to post a review of the Season 12 Supernatural premiere episodes, specifically episodes 1 and 2.
We will also have reviews of Thomas Olde Heuvelt’s novel, Hex, coupled with a comparison to and review of the DVD of Robert Egger’s film, The Witch, a review of an ignored Vincent Price, Christopher Lee classic, the DVD of Edgar Allen Poe’s The Oblong Box, a review of the Iranian vampire film, A Girl Walks Home Alone At Night, and a review of horror master, Clive Barker’s novel, The Scarlet Gospels. There's so much material it will spill into the beginning of November. Enjoy! 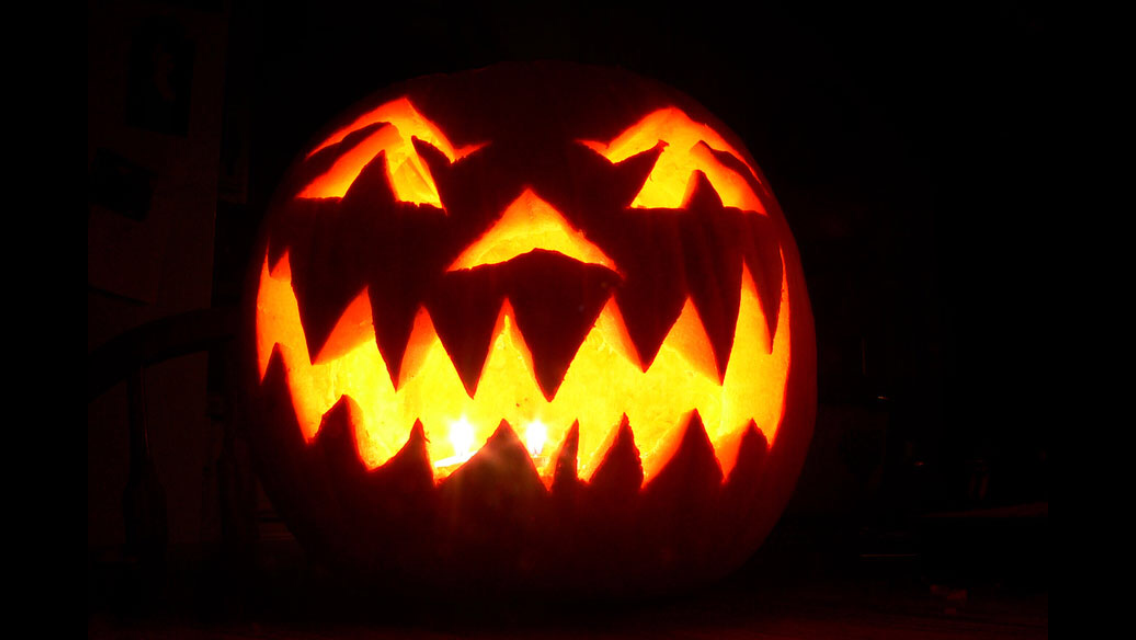 Crazed! is an online lifestyle, film, arts, and entertainment zine and Annette Sugden’s personal blog.Crazed! accepts submissions including reviews, interviews, short fiction, poetry, and personal essay. We are also always looking for material to review and people to interview. Send queries via email to Annette.


Annette Sugden is a writer, artist, performer, dancer, actor, and a bunch of other adjectives. Her work has appeared here, in Poeticdiversity.org, Gentle Strength Quarterly, Bearfoot Magazine, and Beyond Baroque Magazine. Some of her past poetry was nominated for the Pushcart Prize and Sundress Best of the Net. © Annette Sugdenteacherpoetannette@gmail.com